A year later and I am back visiting the dead, this time questioning the responsibility of putting new life into the world.

Weaving in and out of the crypts and private chapels, the walls are lined with vessels holding ashes, shelves holding caskets, and the letters of names. It takes a strain of my imagination to fill-in the entire arc of a life that now sits in mostly forgotten urns, placeholders. Once behind the names were fleshes of personality, interactions that effected causality, relational change, consequences in the environment, impressions on the psyches of others — and then they were gone. Except for a spot in a tiny little box aside thousands of others, now also mere words.

This year, it struck me that the cast of musicians performing here and there among the dead were stand-ins, intermediaries. They attracted hordes of the living into this solemn place on the longest day of the year to challenge the human aloofness towards the dead, to weigh the untranslatable meanings behind those words. With mixed success. Even though evidence of death towers on all sides, our finite narratives and rehearsed terminal endings at the end of every sentence — we remain distracted from our own dying.

We committed to one dark grotto of those born in the early 1800’s. A professional cellist sat inside with her laptop and synthesizer. Sometime while she was tuning her cello and tapping on her laptop, it dawned on us that she was in high performance. The ambiguous noises were experiments against the classical instrument’s boundaries: a stutter and screech here, a falling note there, a computer’s response, and the cellist’s retort. When she finished her “tuning” performance and nodded her head to applause, we understood that the provisional and dissonant duet between cellist and computer highlighted the aleatory relationship between existence and not-existence — and was indeed beautiful music. As Steiner says, art reminds us that there is something rather than nothing, only by virtue of grace.

The scene seared into my heart the ruminating words I had read that day of my dear friend’s husband having only days to live. They were going down their road until a few weeks ago, their life was sideswiped by illness and overturned into a tragic twilight. At home in hospice care, they are surrounded by friends and family who improvise themselves into a blanket of love and support for his last moments. There is no score or predictable soundtrack here. Nor, as Pamela says, is this life a dress rehearsal. But at best we merely hear the music at all.

My friend this evening and I jest that it is just as much the beauty of the performer as it is the melodic tunes (amidst many dissonant-sounding experimental musicians) that has drawn a thick crowd into side room of the columbarium. Sitting on the stone floor in vulnerable elegance, she plays odd, unrecognizable instruments in classical improvisations. And we, the living, over a trickling fountain lined with pertly pink and red impatiens, “watch” her fill the space of the eternally invisible with unseen timbres and undulating wavelengths of passionate percussion. When she breathes into a bamboo flute with an electronic lung holding a previous refrain to which she responds in turn, a strange but pleasing chorus emerges into a rhythm of labored breath, a futile and yet beautiful resuscitation.

(In the stairwell from one chapel to another, we overhear a woman remark that this is what people from the rest of the country think Californians do everyday.)

But the true entrance into me does not occur by that willful anticipation of art, just as much as predicted words here do not alight, but sink. Instead it happened when an unexpected noise entered the back of our music-filled worship. It announced the entrance of a young, disabled girl with the cognition of a child ten years younger. She burst into this delicate space, hugging a 3-foot Barney and two teddy bears, and proceeded to march directly to within inches of the musician. The performer was startled but without missing a note, welcomed her softly with her eyes. And the girl of a strange grammar, much to my held breath’s relief, plopped herself front and center with no further histrionics. While the music pulsed along, the girl’s father sat down in the back, occasionally waving a connective hello to his girl. But she is now entranced by the familiarly foreign music, playing seriously with one of the bear’s ears — because afterall, this is about our ears.

And I, the helicopter parent, who constantly restricts my exuberant son in a cloying distrust and tiresome fear of violating the perceived comfort of everyone around me, orchestrating him here and there so as to fit who-knows-what expectations, I succumbed to this scene. Yes, a carnival of existence among the backdrop of non-existence, of Nothingness — but mostly of trusting surrender. There in front of the dead, the distracted living, too — and because of the little bit of life under my domain that is there despite me — my heart busted itself into tears.

“As the shrine of Nothing, death is the shelter of Being.” — Heidegger 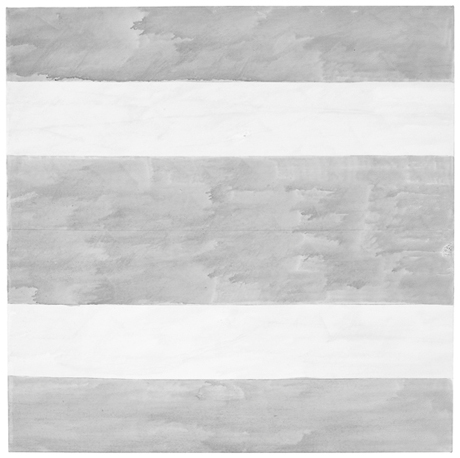 On the day with the longest daylight of the year, the Northern Solstice, I found myself surrounded by thousands of dead people. Yes, I am probably over-working the mortality theme of late into an insipid pulp, what with all of its depressing seriousness. But at the columbarium in Oakland tonight, the chapels,  cloisters, and crypts filled with the remains of the dead carried the very alive music of more than 30 musicians, as apparently happens every solstice.

In following our ears to the next musician around each corner, we worked our way through the names of bookended lives lining the niches, hallways and courtyards built almost as an ascending and descending gothic maze. Corners and alcoved places exist for the bereaved to experience a meditative solitude away from others, while the constant light through open ceilings and skylights reminds of an other place, and of human smallness. Tonight, the meditators, the remembering, were music-makers.

Among the more recently interred, an accordionist sat on a metal folding chair in a marble alcove and played accomplished polkas and waltzes and even a French classic — the same song I heard on a lively street behind the Notre Dame of Paris. Then, I sat looking at candy colored tulips in the sunny, cathedral garden, while couples cooed at the river, tourists gawked at the sentinel and soaring architecture, and locals ambled on their itinerant paths to bakeries, friendly meetings, work duties. Such aspirating and pumping accordion music is of a buzzing life, even as it was played tonight among the dead. The borderline absurdity of this accordion music in what is usually a solemn and silent, heart-heavy and self-reflective space was almost sublime. Like the last scene of Life is Beautiful, when the parade of humanity, and a boy full of life, marches out of a death camp.

And there was an incredibly serious experimental piano player, in a long hallway of glass-enclosed rows of urns, pounding and trilling her piano in utter dissonant refrains. Our toddler son was fascinating himself in the gurgling, concrete memorial fountain situated a few feet in front of her, and during a particular dark and howling section of her work, he crooned his neck up to the opening in the ceiling, and sang, Bubbles, Bubbles, Buuuuuuubbbbbbles, as if to commune with the alienating musician and her intentionally awful and emotionally grueling composition.

And of course, the moment of Being. I ducked into a light-filled crypt, where written passages of St. Luke adorn the stacks of shelved lives reduced to a plaque of name and date, a date far enough in antiquity that nothing is remembered of them except their grave marker. There, a welcoming, professionally-attired woman, Laurie Amat, gracefully filled the space of the dead with her operatic voice, lilting and trembling and belting and reverberating against the stone architecture. Her melodic voice ushered me in, but as she faced the places that contained the dead, her audience, I knew that I was superfluous. Her talents were refreshment for those who cannot sing or listen anymore. She was an instrument upon which an aliveness came home to acknowledge, to reach even, the realm of the unalive. It was a remembrance for the forgotten. And it was a reminder that I, like the thousands surrounding me who are reduced to ashes, urns, plaques and one or two mementos left by a dwindling number of adoring survivors, last for just a second on this earth — just like one of her perfectly pitched, honeyed notes as it disappears into the ethers, like the note before it. At first it hurt to let go of all that my self thinks is important, those empirical requirements of the everyday. And yet, the more I disappeared into the moment, I didn’t care that I was gone, forgotten. In fact, I relished it.

“If again we should find if we took a walk with our friend that he is alive to everything — to ugliness, sordidity, beauty, amusement. He follows every thought careless where it may lead him. He discusses openly what used never to be mentioned privately. And this very freedom and curiosity are perhaps the cause of what appears to be his most marked characteristic — the strange way in which things that have no apparent connection are associated in his mind. Feelings which used to come single and separate do so no longer. Beauty is part ugliness; amusement part disgust; pleasure part pain. Emotions which used to enter the mind whole are now broken up on the threshold.” Virginia Woolf